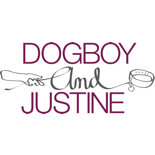 Hilary Thomas is a native Oklahoman now residing in glamorous Brooklyn. She is a voice actor, assistant producer, project manager, and script writer, and that’s just the day job. You can hear her voice on Pokemon (which is probably on right now, statistically speaking), as well as a number of animated and live-action shows from all over the world. She holds a BA in Musical Theater from the University of Tulsa, and has performed in her home state with Light Opera Oklahoma, ATC, and Theater Tulsa. In NYC, she has originated roles with Polybe + Seats, and worked in a technical capacity with The Butane Group and NYU Tisch. She also voiced Despair and the First Lady of the United States in the 20th anniversary live reading of The Sandman, hosted by Neil Gaiman. An author as well, her debut novella “Knave” can be read in the anthology (re)Visions: Alice, published by Candlemark and Gleam. Her excitement for Dogboy & Justine cannot be adequately conveyed through text.